In 1999, Louise was awarded the Science Communicator of the Year by the New Zealand Association of Scientists — "for an outstanding contribution to advancing general appreciation of science in New Zealand". 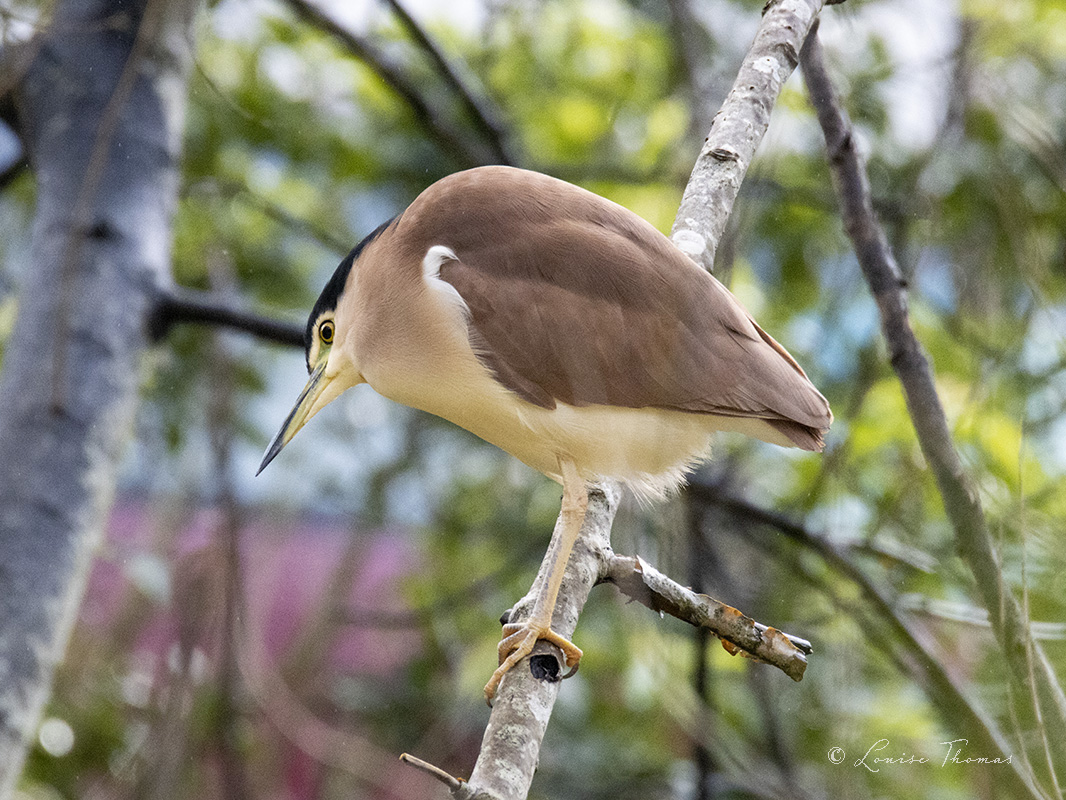 October 2021: 2022 Calendar is SOLD OUT. Email louise@louisethomas.co.nz if you would like to go on the list for advance notice of the 2023 calendar.

September 2021: The Wild birds of New Zealand 2022 Calendar is available to preorder, with invoice for payment and calendar sent in October 2021. The 2022 calendar features the stunning wild Nankeen night herons from Ūpokongaro as well as 11 other native New Zealand birds. Large A3 (297mmX420mm) portrait calendar on 150gsm gloss art paper, with the cover on 300gsm gloss art board. Printed on one side and spiral bound, this means that each month and the cover are a frameable art-quality high resolution print for you to cut out when the month is finished. Excellent Christmas gift for the bird-lover in your life. October update: Calendar is SOLD OUT sorry.

Email Louise if you would like one, NZ$28 each inclusive of GST. PDF preview available. Cash on pick-up from Woburn, Lower Hutt or deposit to bank account when ready to ship.

September 2021: A limited amount of stunning kererū/wood pigeon prints drawn by Caitlin Thomas-Riley are now available. Slightly smaller than an A3 size, these cost $50.00 each inclusive of GST, plus postage at cost (or free pick-up from Woburn, Lower Hutt). In addition, we have 10 to give away to people who have pre-ordered our calendar - winners to be announced Tuesday, 5 October.

As we only have limited offerings available to the public we don't have a shopping cart or buy now button on this website. Do things the old fashion way - send Louise an email on louise@louisethomas.co.nz with your address for shipping, etc. and we will send you an invoice for payment. 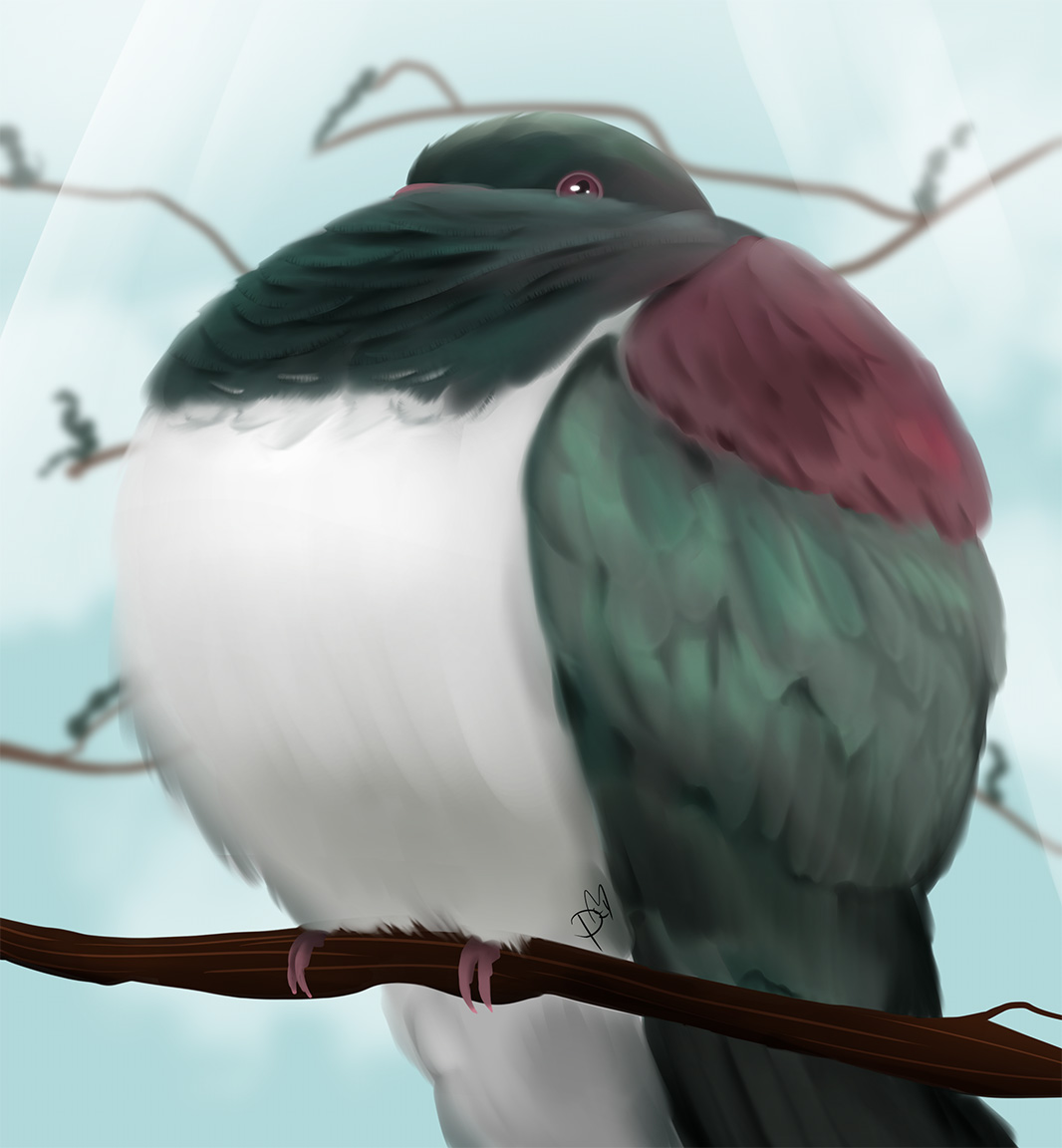 Who is Louise Thomas?

Louise Thomas is a writer who draws and takes photos. She writes about pretty much anything, but specialises in science issues, winning awards for her science reporting. She also enjoys birding, wildlife photography, and graphic design. She is a keen gardener and crafter of many things.

Louise was a regular writer for the Science Learning Hub and the Biotech Learning Hub, and has authored many Royal Society of New Zealand Alpha and Gamma publications for secondary school science programmes.

She also enjoys writing for young children — two children’s science stories originally published in New Zealand have been published in the United States and Canada.

Louise developed a science communication course, which was launched in 2007, for the Open Polytechnic of New Zealand.

She has a B.Sc in Earth Sciences from Massey University and a postgraduate certificate in Environmental Management from Victoria University of Wellington. Before becoming a freelance science writer, Louise worked in mineral observing, soil mapping, and seismic surveying fields. She has written and edited for various organisations, including three and a half years as the communications adviser and Web master for the Ministry of Research, Science and Technology (Now morphed and merged into MBIE). 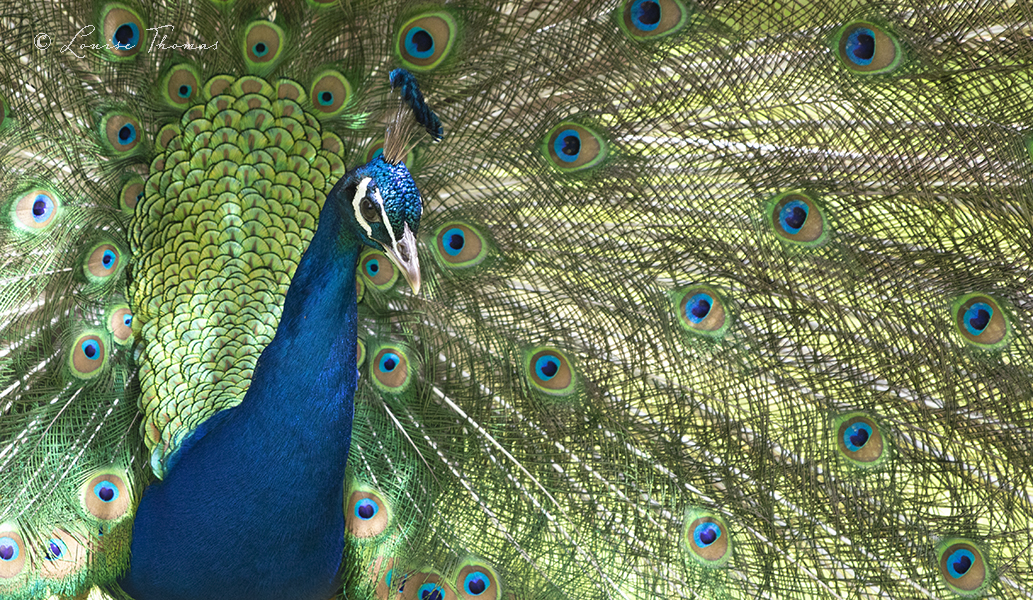 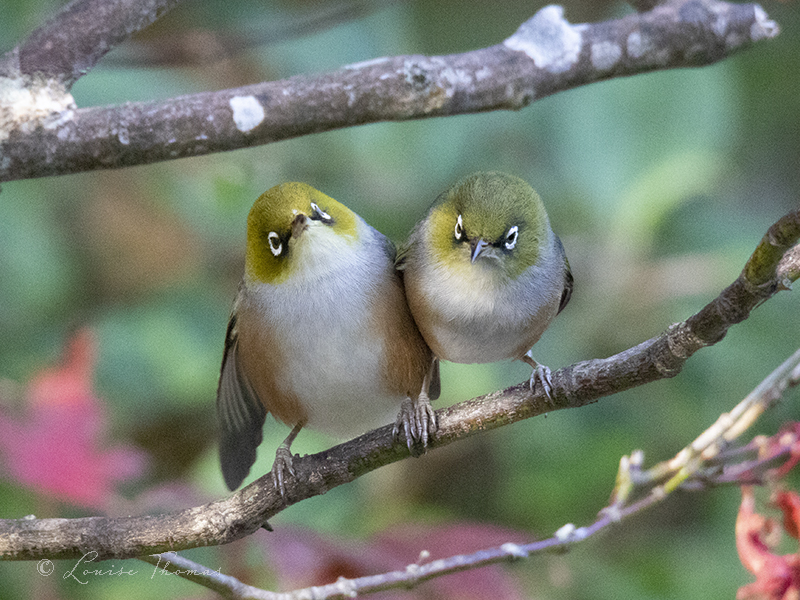